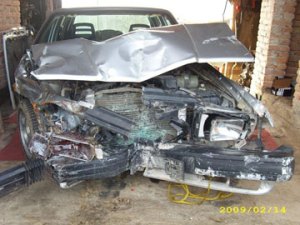 The use in single vehicle fatal crashes where most drivers are tested shows an involvement rate of 8.3%.

The largest increases occurred in the 5 years following the ‘decriminalization’ of Medical Marijuana in January 2004.

Based on this experience, a use rate of 16% to 20% is very likely. A rate increase to only 16%, would result in 670 fatalities, and at 20% we would have about 840 fatalities annually. The 20% level would be more than triple the present level of 230 fatalities in 2008. At these levels, Marijuana would rival alcohol at 17.9%, as the top cause of traffic fatalities.

If “TC2010” passes, tax income on Marijuana is estimated at $1.4 billion annually compared to an estimated $4 billion or more economic loss from Marijuana related fatal crashes.